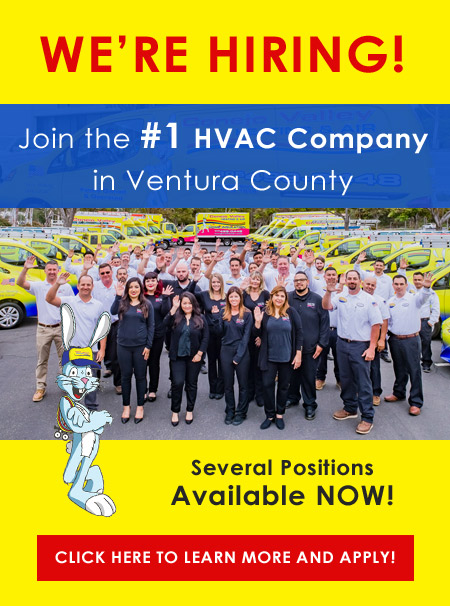 As homeowners become increasingly aware of their energy usage and indoor environments, and as home-performance contracting continues to gain traction in the U.S., many HVAC professionals are taking a whole-house approach instead of simply fixing immediate HVAC problems.

Contractors are utilizing service and maintenance calls to inspect, test, and question the building’s envelope with an emphasis on the entire home’s efficiency, comfort, and IAQ. And, amid the complicated airflow calculations and other tests, many are finding that leaky ductwork continues to be the biggest drain on system efficiency.

Sam Rashkin, chief architect of the Building Technologies Office in the U.S. Department of Energy’s Office of Energy Efficiency and Renewable Energy, reports that 30-40 percent of the air traveling through ductwork leaks.

To tackle this issue, Gary Poe, owner of Poe Air in Fort Worth, Texas, said his team performs a basic duct inspection on every maintenance visit and asks questions concerning dust or airflow to determine if there is an area that warrants closer inspection.

“If we have system performance issues with no obvious cause, we frequently look at the duct seal and sizing issues,” Poe said. “Any air quality complaint always leads to a duct inspection and, usually, the source of the problem.”

When it comes to sealing ductwork, Poe said his team most frequently uses a mastic sealant.

“I find duct sealing and sizing to be one of the most prevalent and least addressed issues in the industry,” Poe said. “Manufacturers are quick to blame ducting if their systems underperform but offer very little in the way of education on ducting. Duct leakage that causes a house to be under negative pressure is the number one cause of the air quality issues I see; it’s also a major cause of underperformance and people oversizing equipment. Air infiltration is my biggest factor in a load calculation, so it stands to reason it would be a major cause in cooling performance and energy usage.”

Jim Crist, a Baltimore-area independent HVACR contractor, said his team typically inspects the ductwork after a customer complaint and during annual maintenance visits.

[We offer] sealing and insulating,” Crist said. “I don’t offer duct cleaning; I refer that to a professional friend, and that’s all he does. There are proper and improper ways to perform that service.”

Crist prefers to use mastic sealing because he believes it’s the only way to ensure the leak has been sealed. And, after that, “we use a smoke test — and never rush this process,” he advised.

“When doing a duct blaster test, the two most problematic areas are around the return grille and through the air-handler doors,” Crist added.

For Glenn Harrison, technician supervisor at Shavitz Heating and Air Conditioning in Skokie, Illinois, the extent of the duct inspection depends on the customer’s complaints as well as the technician’s observations.

“I almost always do a basic inspection of the ductwork, mostly at or near the equipment,” he said. “[We’re] looking for obvious sizing issues, leakage, and deterioration. After that, more thorough inspections and measurements are normally based on either customer complaints [or] concerns, or when we notice the equipment is not performing correctly.”

While many contractors prefer mastic sealant, Harrison said Shavitz has been using Aeroseal’s duct-sealing technology lately. “Aeroseal has been quite successful, and it is quickly becoming our preferred method [of sealing ductwork].”

Harrison added that contractors need to “learn how to do the testing, learn how to size ductwork, and listen to their customers’ concerns — the rest will fall into place.”

As seasoned HVAC contractors, Poe, Crist, and Harrison have seen their fair share of baffling duct issues. While some were the results of Mother Nature encroaching on the home or building, others were definitely the result of human error or, in some cases, pure negligence.

“The worst duct issues I have seen were caused by raccoons, but, apart from those destructive beasts, I have seen plenty of manmade disasters,” Poe said. “I was asked to look at a house once about a month after a system had been replaced. The homeowner couldn’t cool below 80?F; we were in a 105? heat wave. The 4-ton system had replaced his five-year-old 4-ton unit, which had replaced his original system. The load calculation called for 3 ton; it was close, but three was what it said.

“After some reassurance, he had us remove his brand-new 4-ton system and install a new 3-ton unit,” Poe continued. “We replaced his dilapidated metal ducting in the attic and sealed it properly. By that evening, he was sitting comfortably at 70? with a 108? outdoor temp.”

Crist said the biggest issues he encounters are when the ducts aren’t constructed properly in the first place. “Moist ducts put together haphazardly are a real problem. They draw moisture into the system, causing airborne pollutants, mold, and mildew, which ultimately creates respiratory problems.”

Harrison said he’s seen too many residential systems where the ductwork was 50 percent or more undersized for the requirements of the equipment attached to it.

“There are too many so-called contractors who either don’t know how to size ductwork or [don’t know how to size] equipment, creating many mismatched, underperforming, energy-wasting systems. One of our first Aeroseal jobs created a 40 percent increase in airflow delivered to the desired spaces in the home instead of leaking into the basement, walls, attic, etc.”

While duct sealing can be extremely beneficial to consumers, manufacturers are stressing the importance of using their products correctly every time in order to consistently achieve those benefits.

“Common mistakes that technicians make are not following installation instructions,” said John Starr, vice president of marketing, Covertech Flexible Packaging Inc. “Like everything else, instructions are there to assist and provide guidelines for the installer.”

Bob Elledge, president, Rotobrush Intl. LLC, echoed Starr. “With any air duct cleaning product, if a technician doesn’t use the equipment properly, it can lead to further contamination in the air or harm the ducts,” he said, adding that Rotobrush offers RotoMasters Certified Training to give contractors and technicians knowledge about the latest technical and marketing topics.

“While the products Rotobrush offers are easy to use, the added training helps to ensure the product is being used correctly and the customer receives the best value when it comes to air duct cleaning.”

“Not using the prescribed installation technique can cause improper adhesion of the tape and, ultimately, failure,” Walter said. “A second common mistake is selecting the wrong tape for the application. Making sure you have the right tape for the job is pivotal to ensuring the job is done right the first time. Factors such as application, code compliance, and temperature should be considered when selecting a tape. … Learning the basic UL standards and listings gives the end user an easy way to make sure they have the proper tape.”

Walter also stressed the role temperature plays in selecting the proper tape. “The risk for tape failure is increased when work is done in low temperatures with tapes that are not cold temperature approved,” he said. “That’s why Shurtape offers a specific line of tapes — AF Series Cold Temperature Foil Tapes — engineered for cold-temperature applications.”

For Tony Millichap, technical manager, Kingspan Insulation Ltd., the biggest mistakes he sees are not only during sealing, but during testing, as well.

Brad Brenner, spokesperson for Aeroseal, said the company has worked to eliminate human error with its aerosol-based duct-sealing product.

“Once the system is connected to the ductwork via a long flexible tube and the computerized system is turned on, the equipment takes over and does the work,” Brenner said.

“The Aeroseal contractor can watch the computer screen to monitor the progress of the sealing process, and a digital dashboard shows how much leakage is present and how quickly those leaks are being sealed. A dramatic amount of leakage or an unusually slow sealing process may indicate a piece of duct may be missing or out of place and that manual manipulation of the ductwork is necessary. Otherwise, general monitoring is all that is necessary.”